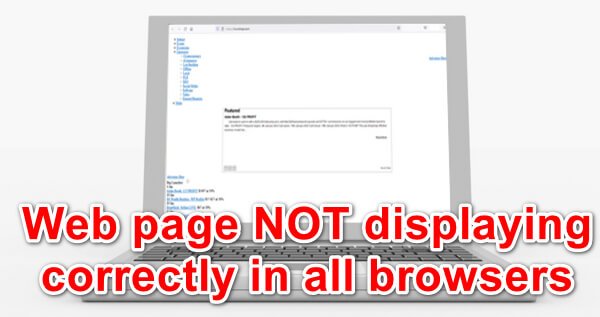 So, the web page your visiting is NOT displaying correctly in ANY browser that you’ve tried. If that is your issue, it is my intention to share with you what I discovered that worked for me.

When this first started to affect my computer, it was only ONE website, …and initially, only with one browser, Firefox.

I searched for help and followed all of the tips Firefox offers that were found in my Google searching this topic but found nothing I did fixed this.

Then I cleaned up my computer (as I do regularly, anyway) with CCleaner and then rebooted my computer, because sometime that will trigger an update of Firefox. But those steps too did NOT resolve this issue.

In figuring that perhaps an update may be forthcoming from Firefox that would resolve this, I decided to not worry about it any longer, and got back to work.

I simply used one of the other browsers instead Firefox, when needing to visit this site.

Not two days later, the second browser started displaying THIS same website just like that shown in the image above.

In immediately checking a third browser… it was the same!

This is really odd, as I have NEVER experienced this issue before, and it was happening ONLY on this ONE website.

Thinking I was being kind to the website owner, I sent an email to their support staff, being sure to include a screen print of that mess you can see in the image above.

The next day, I received a response that all was good at their end.

Then, I started searching my computer to see if there were any updates pending but learned that my computer is up to date! 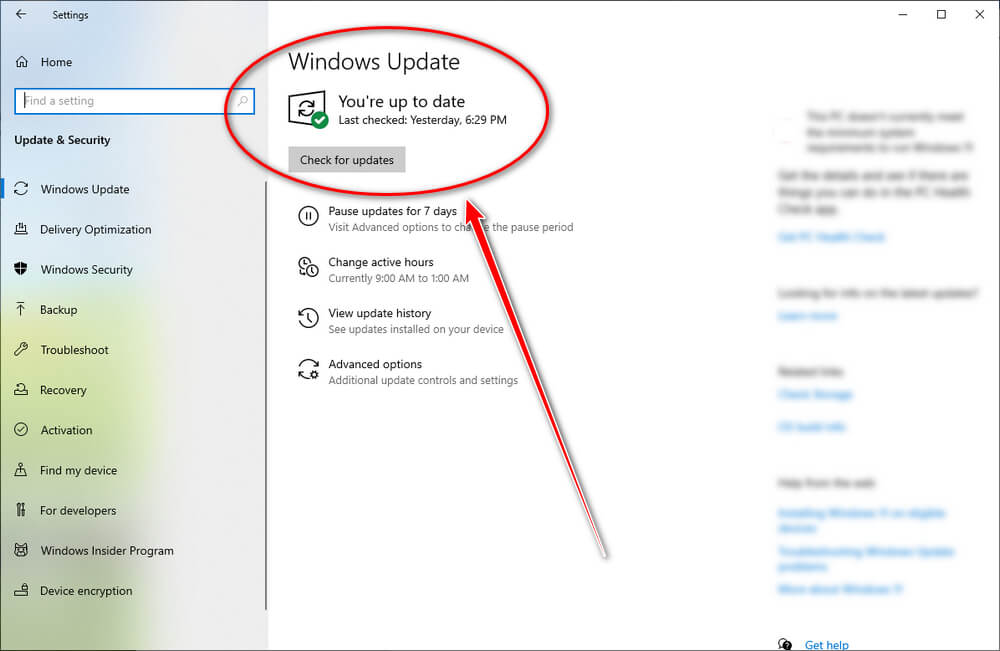 Knowing better than to go monkeying around with my computer, I called my computer doctor, but had to leave a message.

His skills are always in BIG demand. I dread the day he decides to retire. <gulp>

Anyway, realizing this issue was only going to get worse… obviously… I asked myself… “Okay, what would Jamie do?”

So then, I downloaded Malwarebytes free version and had it scan my computer while I continued working at writing more content.

Low and behold, it came back the following… 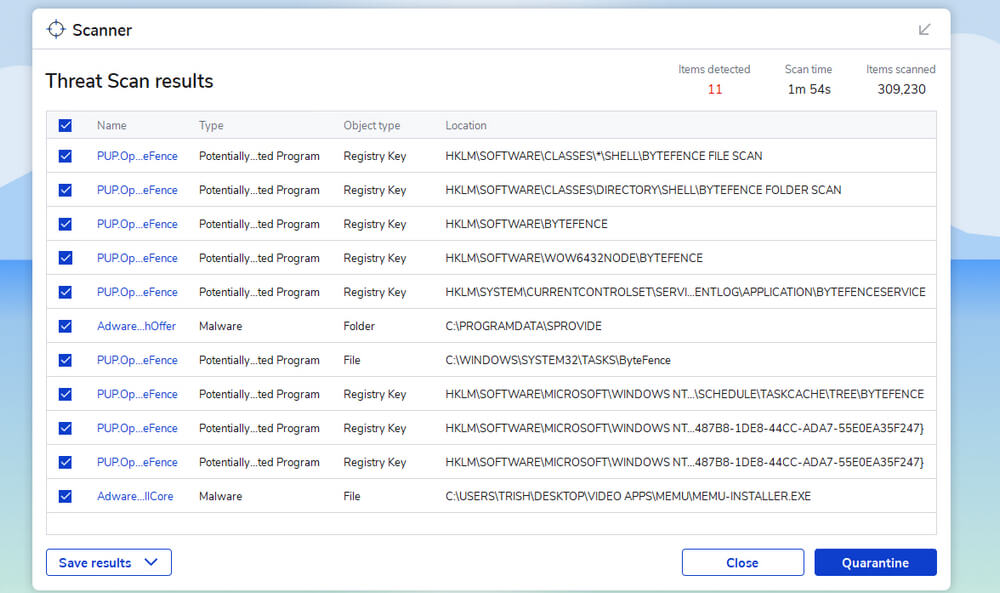 Because so many of the Locations started with HKLM\SOFTWARE\, I decide to do a Google search to see if I might learn what these files are for.

Ah, so… learning that these files are to do with my computer’s operating system, I definitely did NOT want to go deleting them that’s for sure.

An hour or so later, I tried calling my computer doctor again… still no answer.

So, I took a screen print of what the Malwarebytes software claimed as “threats” to my computer, and did more searching on the internet (leaving the threat analysis open) to see what others might have done.

In checking through more and more search results posts on this topic, I discovered that lately, Windows have been sending updates through and causing issues with some of their files.

I think it was that some files were being missed and not deleted or some such thing.

On one of the forums, the adviser suggested quarantining the files to see if that would fix the issue. He explained that if worse come to worse and quarantining them caused issues, it would be simple enough to restore the files from quarantine.

After waiting several hours to hear back from my computer doctor, I knew that I could not wait any longer for his advice, so I bravely chose to have the Malwarebytes software quarantine these files.

Holding my breath as I did this… the software announced that all is now safe.

Off to Firefox to try loading that site again, and VOILA! … it worked, it worked!

Checked the other two browsers and all was fine with them too.

That site is now restored to its former glory without their webmaster having to touch a thing. 😉

Page not displaying correctly in all browsers FINALLY fixed!

It wasn’t but a week later and I had another issue with Firefox.

This time it turned out to be that Firefox and AdBlocker decided to NOT play together very nicely, and users who use these are paying the price.

If every YOU get a prompt from Clickbank displaying the following prompt:

Oops, there was an issue submitting your information. Please try again if this issue persists please contact our customer support team.

Then read on, to learn what I did. 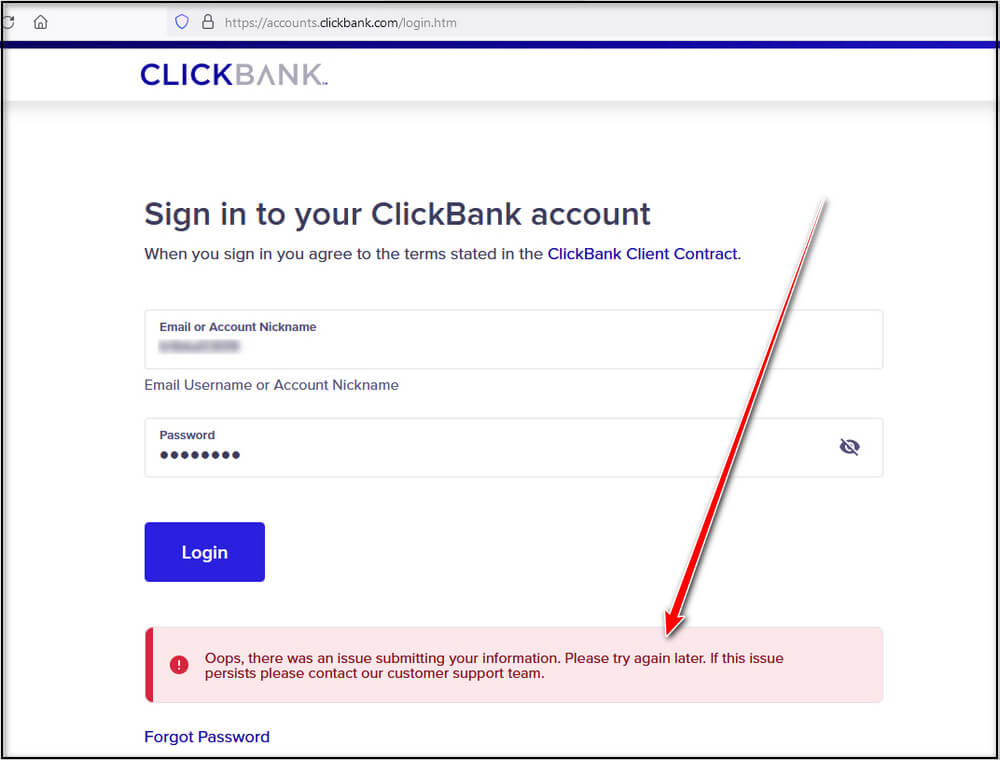 I contacted Clickbank’s support and in two days when I did not hear from them, I emailed them again.

Each time, I received an automated email from their server that they had received my ticket.

Day three, someone decided to merge my two cries for help, and FINALLY on day four, I received a lengthily email with all sorts of technical things to try.

Some were even the same actions that Firefox suggested users follow for resolving web page not displaying correctly, in trying to resolve the mess their browser presented that ONE website in.

Growing suspicious, I decided to see if I could log into my Clickbank account using a different browser, and VOILA! I got logged in without issue.

Oooookay, time get Malwarebytes software to check this computer AGAIN… but (and, THANKFULLY!) all is fine according to that software.

Off to contact the Firefox forum I went, to ask for their help, as I have NEVER seen this sort of issue when trying to log into ANY account online.

When logging into my Firefox support forum account, I provided all of the details I could regarding THIS issue, and then I noticed that I had contacted them last July.

Out of curiosity, I read through THAT cry for help.

I had totally forgotten THIS issue… and it was to do with AdBlocker.

Back to Clickbank’s login page, I turned OFF AdBlocker for that site, added my login details, then clicked the Login button… and, VOILA!

Sure enough that is EXACTLY what the issue was… AdBlocker, AGAIN!

Once logged into Clickbank, I had to turn off AdBlocker for that site… again, as the URL was slightly different… making it technically a different site.

Pheeeeew… but NOT nice, as one computer issue every 6 months is bad enough, but once a week gets to be a tad frustrating to say the least.

I do hope that with my sharing my experiences here with you may help YOU resolve your issues sooner than I was able to get my issues resolved. That would make my sharing so worth it… even if this only helps ONE person!

If this helped you, I would LOVE for you to leave me a comment below. 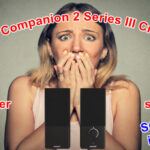