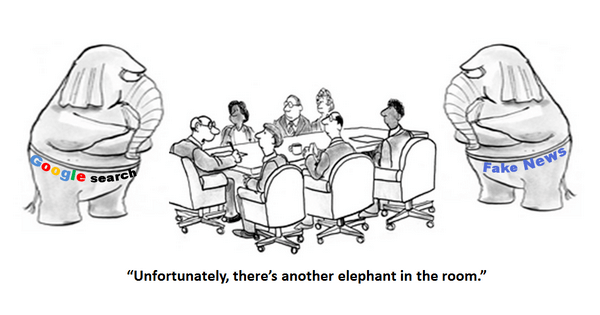 Are brands now able to pay to remove bad reviews from Google search results? I often wondered when this sort of burying, hiding or removing negative reviews online might start, and… well, now I think I might have an answer.

Recently, my attention was drawn to an article offered online about Google search being criticised for “squelching competition before it begins”. Am I surprised?

Well yeah, in all honesty… at first I was! I mean, after all, Google has had free reign over what is being offered to internet searchers for years now. And, in consideration of what the mainstream media seem to now be in full control of in Canada, it shouldn’t have been a surprise that yet another giant was trying to do the same sort of thing, only online.

Charles Duhigg’s article was published online only days AFTER my discovering how a post I wrote a few years ago that used to rank high (for several years), had simply vanished from any Google search results for this product. That post simply warns pet owners against their using Revolution on their pets, which offers documented proof and offered my dog’s experience with this stuff.

Once I had discovered THAT post missing in Google search results, I decided to check to see if other negative reviews I offered were missing. I checked my Flavourstone Pan review next only to find out that this review too had simply vanished from Google search results for THIS product.

At first, I have to admit, I panicked… but not wanting to let myself become paranoid, I decided to… you guessed it… Google search for things like “google paid to bury bad reviews”.

The search results literally, truly shocked me. I learned from Evan McGowan-Watson just how easy it is for any brand to simply bury bad or negative reviews in Google search results.

Then I got to wondering just how many other big brand companies are now doing exactly what Evan had written about in his article… or… are they using the same method others call Fake News?

If so, you can rest assured that none of us will ever be able to receive honest to goodness reviews from everyday people that USED to appear in major search engine results.

Now that IS sad… wouldn’t you agree?

With all the chatter recently about fake news these days, I find myself asking, “Is it really any wonder that so many people are now relying on shared information from their “friends” on Facebook?” And, I have to state that I cannot blame them one bit. Nope!

However, I will say that I blame the mainstream media for the mess THEY have created online and offline!

Allowing our once trustworthy mainstream media to become mainly owned by one is not good for anyone of us, obviously. Over these past few years now, I have learned that the mainstream media now even tell my friends and family how to VOTE…  in ANY election.

Here’s one such example for you: Every time I tried to discuss our last upcoming federal election right here in Canada, I kept hearing friends and family respond with exactly what our local media were saying negatively about Stephen Harper, and how he was becoming a dictator… REALLY?

Sometimes those friends or family would even offer me proof with some newspaper’s article or a post from a media website offering such stories detailing their accusations.

Feeling as strongly FOR our leader back then, I even went so far as to write a post titled, “Before You Vote Ask Yourself This” in which I offered a table listing the benefits that were being offered by each political party should it be elected, along with PROOF linked to their promises published online, for anyone who would bother to read my post, as to the benefits of keeping our then, present federal leader.

It’s not like I simply published my post online and then simply hoped “they would come”. Not at all!  I emailed the URL to close friends and family many of whom responded that, even though they themselves definitely benefited all during Stephen Harper’s reign, they still were going to vote AGAINST Stephen Harper simply because of something they had either heard or read from the mainstream media lately. 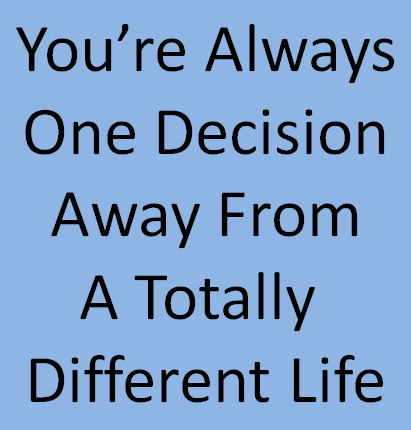 Yes! Even though PROOF was also clearly provided to each of them (that was well documented) that given our making any other choice come election time, it would (not might!) cost each one of us nothing less than an extra $1,000 yearly… yeah, YEARLY!

Those friends and family said they did not care! Are you kidding me… REALLY?

And NOW what am I hearing?

Those same supporters of a non-Harper federal government are crying about how our present leader is becoming a dictator.

Heck, it wasn’t all that long ago that our former Ontario Provincial NDP leader and former (1990-1995) Premier of Ontario Bob Rae was given SERIOUS consideration to run as leader of the Federal Liberal Party.

If that didn’t tell Canadian voters exactly where the Liberal Party stands in their beliefs for real (never mind their party’s name), then nothing ever will!

Oh … and, did you know that our present federal leader is seeking Bob Rae’s advice on crisis issues? Yup!

Don’t get me wrong; I am not a believer in any ONE of the politicians provincially or federally. Though, I have to admit that I have been accused of supporting one party in particular… that is the farthest from the truth.

Sorry folks, you may think I am a terrible person, but when it comes to MY vote…, I AM very selfish!

Reason being is simply because my selfish reasons are the ONLY reasons I personally know exactly what is what about. All other “issues” the mainstream media put out there for us to “swallow without a doubt” only makes me even more doubtful about what they have to say… and fearful of how they are swaying YOUR vote!

One small media agency that broke away from the mainstream media due to their recognizing the need of getting back to the basics of providing news instead of trying to influence their readers has been condemned by our mainstream media.

Heck, in my opinion, even the CRTC has been influenced by the mainstream media to not allow that one network to continue being on air with their very own TV network, where they were offering their viewers a REAL alternative to “cookie-cutter” news stories.

Hmmm… and what label would you put on THAT decision?

So now, if everyday people want to share REAL information or simply offer their opinion on products and services, it seems that perhaps we need to create Facebook groups.

Okay, so… now I ask YOU, “Is it really any WONDER that most politicians cry out with, “Fake NEWS!” whenever we, “John Public” learn of some under-handed scheme and dealings that have been going on behind the scene recently?”

And… Is it any wonder how often now we hear someone saying, “I read about that on Facebook.”?

When it comes to seeking out REAL reviews about ANYTHING nowadays, Google is not my only “go to” search engine. I can no longer afford to be excluded from pertinent information on ANYTHING I want to understand better.

Product reviews from REAL people within Facebook pet groups is where I will continue to seek out honest to goodness tips on foods, treats, medicines and pet care products any day of the week! Should this source be proven unreliable in the future, I pray there will be another realiable source available for us all to use. 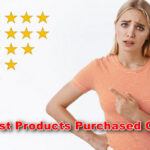