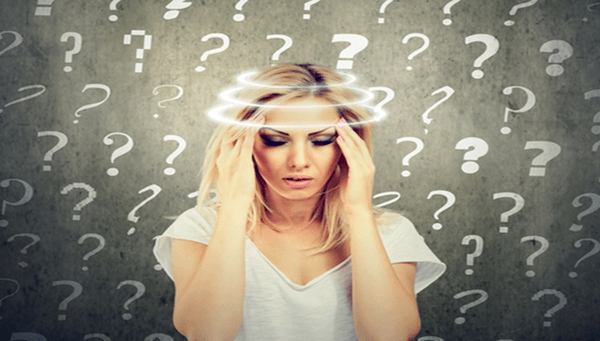 Yeah… you read right, vertigo made this blonde very dizzy for sure.

It was on a Monday evening, while doing my usual daily exercises that I decided to see if I could do a sit-up with my legs stretched out flat and to see if I was be able to sit up straight without anyone holding my legs down.

To my delight, I was able to do the sit up, so I did 3 sets of 12 repetitions with very little trouble. How clever I felt… until later the same night that is.

About an hour after my exercise routine was completed, I started feeling a bit nauseated and dizzy. At first, I wondered why… then I remembered that new “exercise” I tried and I started to wonder if I made a boo-boo doing these sit ups and caused vertigo to return once more.

Not thinking clearly, I literally fluffed it off, choosing to ignore it. Guess I was hoping that if I ignored it long enough it would simply go away, I dunno’. But when I woke up Tuesday morning, I knew then that I was in trouble… AGAIN!

This was the third time I suffered vertigo. REALLY?!

The LAST two times this happened while I was doing my daily workout.

Though I have to admit, the dizziness eased up enough this time so that I was able to do my usual daily exercise routine, so I truly thought I was “outa’ the woods” after all.

Not only that but the previous two times that I experienced vertigo like this, one session of doing the following manoeuvre (detailed in the video below), and I was back to being “normal”.

Alas, that was NOT to be the case this time around.

By Wednesday morning, once I realized that this episode of vertigo was not going away anytime soon, I decided it was time to call my General Practitioner’s office to find out when I could be seen by the doctor. Lucky me, I was able to take a cancelled appointment and got in to be seen before lunchtime that same day.

My cousin had to drive me in to my doctor’s office. Obviously, I could not drive myself. Though my dizziness was controlled enough at this point in time, so that I could get into the office without too much issue; but, I knew that I would definitely NOT be able to leave unaccompanied.

The doctor had no other option but to confirm that my episode was nothing more than the normal (if you want to call it that) episode of vertigo… which thankfully, it was. His turning my head like he did brought on the dizziness so badly that I had to cling to walls leaving his office and I ended up hanging on to Gordon all the way back to his truck, in order to go back home.

The reason I went to the doctor this time is that sometimes vertigo can be caused by issues that are way more serious than a displaced crystal or two. Apparently, sometimes tumours can cause prolonged vertigo or dizziness, which is why it is recommended seeing a doctor if vertigo persists… especially after using the Epley Maneuver and NOT getting a relief.

During my doctor’s appointment, my doctor informed me that there is a pill that he can prescribe.

Hah! I instantly retorted with. “There’s a PILL for vertigo… really?”

Yup, the doctor informed me that apparently this pill works sometimes… and sometimes it doesn’t.

So, I said “yes, of course I’ll try it”; Though, I decided to hold off trying the pill unless all else failed.

All day Wednesday, I repeated the Epley Maneuver on a regular basis (10 times or more!), hoping and praying for the relief that I had experienced the previous two times. However, I found VERY little change.

Needless to say, this frustrated me to no end, as I do NOT make a very good sick person; Being more of an A Type personality, I have no time for my being sick.

Well then came Thursday morning and I STILL found myself waking up feeling nauseated and dizzy once again.

This time, I decided it was time to give those pills a try that the doctor prescribed for me. The label described them as Teva-Betahistime 16MG Betahistime HCL, and the pills came in a white, blister type packaging.

It wasn’t only an hour or so after taking all of ONE of those pills, and I thought I was going to die.

Holey Hannah… was I ever in pain!

Having suffered retching up clear bile from my stomach, and then dragging myself to my living room sofa, feeling as weak as a kitten, I later developed a splitting headache to go with it all.

After resting a bit, I called my doctor’s office from my living room floor, where I had to crawl to my telephone. Word came back from my doctor, that how I was feeling from having taken this pill “happens sometimes” and that I was to go into a dark room until I felt better… or go to the hospital.

Knowing that the hospital was no place for me, I went with the option of a dark room for a few hours.

Let me tell you right here and now… the entire day and night … that’s ALL day Thursday… was a total loss. I could not eat, and I was constantly retching up bile whenever I moved around. And, I ended up sleeping over night on my living room sofa.

Come Friday morning, I felt the same as I had on Wednesday morning… and thankfully, the migraine headache I had from that pill, had vanished.

So I decided to do some more searching on the internet to see what else I could find in the way of manoeuvres to try and get rid of this vertigo. That’s when I came across the following video:

Straight away, I added this technique to do right after doing the Epley Maneuver, until I found that I only needed to do this new maneuver alone. By Friday evening I felt a BIG change for the better.

By Friday evening, a friend bought me a package of 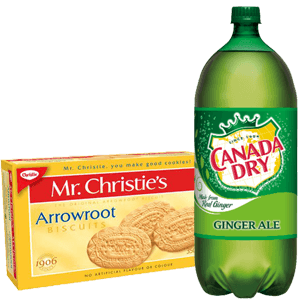 Arrowroot cookies in which I was able to eat 2/3 of one sleeve of cookies, washed down with Canada Dry Ginger Ale… my favourite beverage for a healing stomach.

When Saturday morning came, I awakened feeling a LOT less dizzy and NO nausea whatsoever. Yipeeeee!

All I felt was a bit light-headed from a lack of nutrients from not having eaten for a long period of time.

This new maneuver was working wonders for me, and shall remain my “go to” maneuver for vertigo henceforth.

By Sunday, I was quite well recovered, and able to drive out to Port Perry (a 20 minute drive north of where I live), to meet a friend at a restaurant where we chatted up a storm, trying to get caught up on each other’s lives, as it had been quite awhile since we chatted.

It sure was a nice drive to and from Port Perry.

And, upon arriving back home that day, it was even a treat to be able to pick up the bag of oak leaves that had blown into my driveway from the city park across the road. Normally, I would have grumbled at this task, but just being able to do what I wanted was definitely a treat, this time.

So, a lesson I’m hoping to share with you is this… should you ever suffer from vertigo and that you find that the ever popular Epley Maneuver does not work for you, then DO try Dr. Carol Foster’s maneuver; it WORKS wonders!

If you continue to suffer from vertigo, please… get to your doctor as soon as you possibly can. 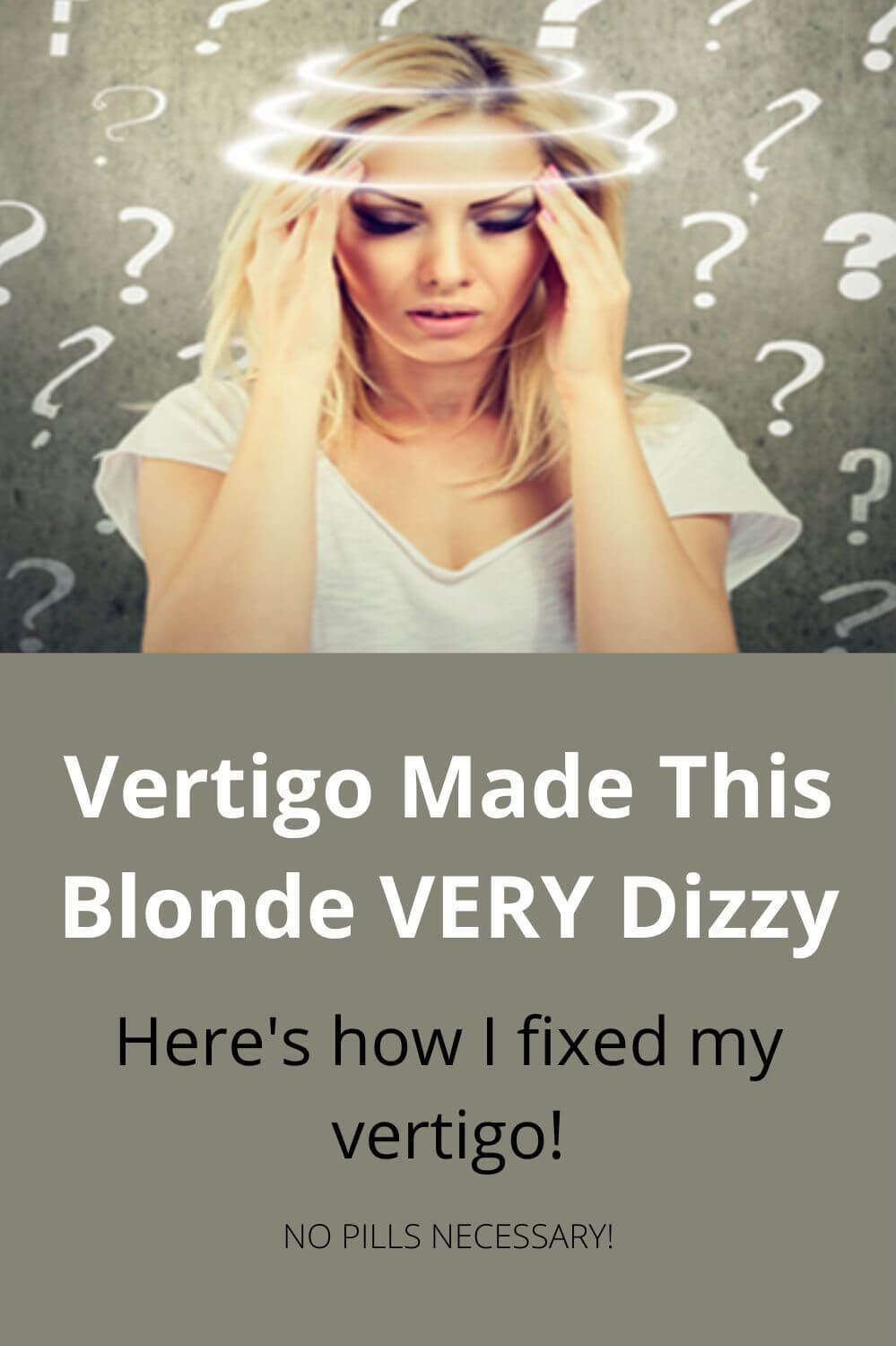 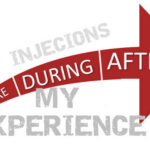 My Experience with PRP Injections and are They Expensive? 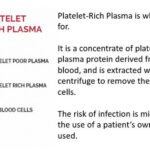 What Are PRP Injections and Are They Right for You?