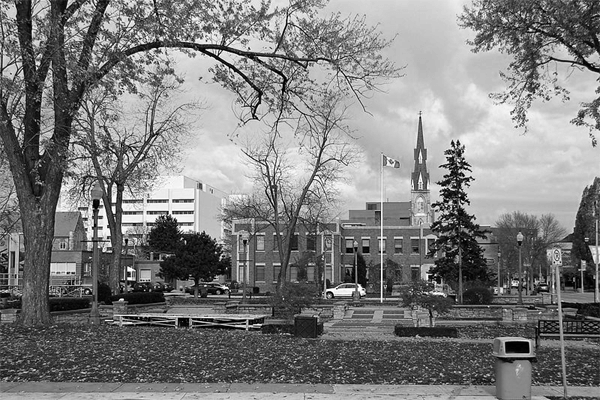 Oshawa enchanted me as an 18-year-old, country girl thinking about moving to the big city. But now, I have learned the hard way that the city of Oshawa has a very dark side.

As soon as I was able to leave home to go live in the big city (tongue in cheek here, as Oshawa was nowhere nearly as developed back then as it is today), I came to live in the city of Oshawa. Back then the streets were considered to be safe for an 18-year-old out on her own.

Today, the city of Oshawa can NO longer be considered a safe city to live in, let alone for an 18-year-old, country girl out on her own for the first time. In fact, I would dread being a parent with a teenager out on their own in most Canadian cities nowadays.

Let me tell you why I say this.

On the evening of 28 November 2017, shortly after 7:00 PM, after hanging up from speaking with a neighbour who had called me doing our nightly telephone checking in on each other, I had an intruder jump the fence on the north side of my home. 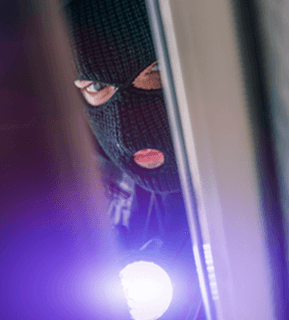 when I heard a loud noise as I was returning to my home office (which is at street level) to replace the telephone receiver I had been using. When I heard this loud noise, I spoke out loud with something like, “what the ^%$#!?” … and that noise was followed by another loud noise, confirming I had an intruder on my property.

Thankfully, I was of a sound enough mind to dial the local police station, even though I had started to panic.

Once I made the connection, the Oshawa emergency operator at our police department responded; she quickly asked me my name and address. I barely had enough time to state that information, and that I have an intruder, when the telephone line went dead!

I’m sure you can appreciate how terrorized I felt at that point in time.

I went into my living room, which is on the main level at the front of my home, and I opened the shutters in front of my picture window that were closed by that time of night. There I waited and prayed for a cruiser to appear so they would catch this person.

Then FINALLY (only a few seconds later … but it felt like forever) the first police cruiser pulled into my driveway just as the intruder was jumping back over the fence in an attempt to make a clean getaway, as I frantically pointed to the intruder while looking at the officer.

The police officer quickly parked the cruiser and literally came out of the vehicle on the run, yelling at the perpetrator to STOP! … which … thankfully, the intruder did. He gave the officer no problem at all and was arrested peacefully, at the sidewalk in front of the house next to mine.

As a neighbour informed me, this fella’ knows how the “system” works … obviously or else he may have continued to run.

Not long after this intruder was arrested, I realized he would be out on the street ready to re-offend, as soon as a local lawyer could gain him bail! Sadly, it sure seems that the police and regular city dwellers are the ones with no rights anymore.

This male intruder was wearing a reflective vest though pretending to be a workman …  perhaps even a meter reader … as that is the side of the house my two meters are on, where he chose to jump my fence.

Heck, with so many companies now offering nearly ANYONE a part-time job reading meters, any of them could easily mark a house as a likely target for breaking and entering at a later date.

Anyone driving by on Ritson Road (a MAIN thoroughfare for our city) at that time, if they COULD have seen this guy (though likely not as it was dark by then) may have thought he was just another meter reader, I would bet.

I am EVER so thankful to the Durham Regional Police officer who was first to appear on the scene, as well as the two officers and their cruisers that followed close behind, for their quick response.

Now why is the city of Oshawa no longer safe to live in?

It is only my guess, but I am betting all of the vacant properties throughout EVERYONE’S neighbourhood now, whose owners are not residents of the city … and in many cases not even residents in our country, may be the real culprit?

It is a well-known fact that vacant properties tend to draw undesirables into ANY neighbourhood.

So my question is this, why are these property owners not being forced to pay double or triple (or more!) property taxes automatically?

Then maybe those extra taxes might be a means of deterring those potential buyers from out of the country from purchasing properties in hopes of a quick flip … which in turn only help to artificially inflate our real estate prices?

The extra taxes charged should be high enough to cover the extra cost of policing that these vacant properties may be causing, instead of increasing the taxes on EVERY ONE of us city dwellers though we are equally to blame … don’t you think?

In my opinion, this should NOT be a financial burden that all property owners in Oshawa (or any other city for that matter) should be forced to deal with.

And, isn’t this what our local politicians are supposed to be doing … you know … representing us city dwellers?

It has been several days now since this incident, one I hope to NEVER have repeated. And, I have been doing a lot of discussing of this issue with neighbours, so I know I am not alone with my thinking.

Those suffering from drug-dependencies tend to be living on the streets rather than in shelters, and have become known for this type of intrusion. Many of them recently have been causing disturbances with violence in our city’s downtown, and have even forced popular businesses to have to literally shut down permanently!

Recently, in my neighbourhood, we have had people going up the road, testing our doors for being locked … or not … late at night (around 9:00 PM).

Only two nights before my intruder, one such door-checker happened by my home. I was quick to go check that my side entrance door was locked and thus missed seeing the culprit who had tested my street-level front door. However, he DID get reported to the police by a neighbour who saw him and gave a full description.

Seems he was not the same fella’ as my intruder.

BUT … Does this mean there is a gang doing all of this?

I used to feel safe with leaving my side entrance door open during early sunny mornings to let one of my dogs soak up the sun (she’s a sun worshipper) as the morning rays come shining in … but, NO more!

In my opinion, too many of our local politicians are paid far more than they are now worth.

It used to be our Canadian politicians EARNED their wages, but it seems now most of them have doubled their salaries and accomplish half of what they used to … and in my opinion, this is happening from the federal government on down … not JUST our local politicians.

Even our freedom-fighting Vets are being ignored by all levels of our Canadian government. Yet, our federal government is out there continually “rescuing” others from countries that are less fortunate than those of us lucky enough to own our own homes here in Canada.

Then they brag to the world about how they are placing these refugees in their own living quarters throughout Canada, all paid for by the government (taxes!). Nevertheless our freedom-fighting Vets continue to be in need of financial assistance, and for the most part, are ignored as a cost cutting measure.

Where is the common sense, I ask you?

If our politicians worked for any industry (if any even remain in Canada now!), I am certain they would find themselves on the unemployment lines.

We taxpayers get to fund their overly healthy wages and they constantly vote themselves a 2% or higher, yearly raise … and … many politicians after only 4 years service, gain an even healthier pension than that which is received by MANY long-term, industrial workers who were pushed out of the workforce back in 2008. 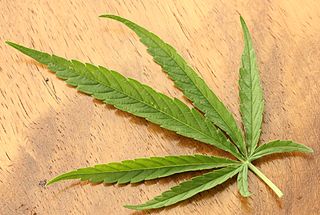 Soon we can all look forward to suffering the consequences of an all new high-bred, legalized, “medical” marijuana which apparently is proving to cause schizophrenia … so Marketplace has reported!

Oshawa, “The City that Motovates” seems more intent now on being known as the city for junkies. I now find myself asking questions like, is it really necessary to encourage drug abuse like our society does today?

As taxpayers, we are being forced to support drug habits, yet alcoholics have never been supported with safe drinking sites.

Canada … the once great country many claimed they wanted to immigrate to … where has that country gone?

Over my years of living in Oshawa, I can truly state that Durham Regional Police Services (and the Oshawa Police Force before that) are the ONLY service in this city that I can really rely on when I have needed them.

So … beware those of you who constantly berate the police forces everywhere on social media because of that one bad apple (which EVERY workforce seems to have!); I WILL defend our local police from your badmouthing them, I promise you!

Related Topics
Portugal’s radical drugs policy is working. Why hasn’t the world copied it? <-- might this be the answer?
Absentee homeowners are still responsible for maintaining their properties
Citizen leads police to man who broke into his home

Why I’m Weaning Myself From Shopping Regularly At WalMart

What is an Attitude of Gratitude and What Makes me Grateful

2 thoughts on “The Dark Side of my City!”