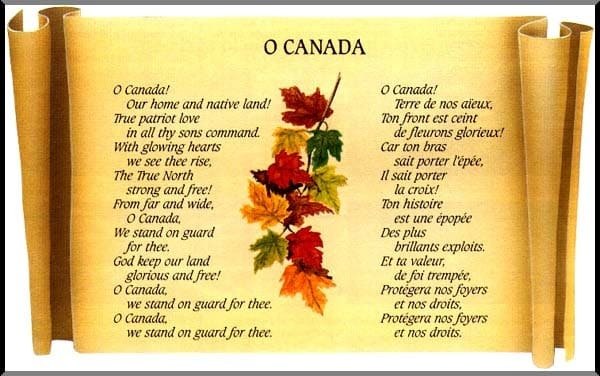 In 1900, when there was a rush from all areas of Europe to come to Canada, people had to get off a ship and stand in a long line ups, in Halifax to be documented.

Some immigrants would even get down on their hands and knees and kiss the ground. They made a pledge to uphold the laws and support their new country in good and bad times.

They made learning English a primary rule in their new Canadian households… some even changed their names (Anglo-sized) to blend in, in their new country. They said good-bye to their birth places in order to give their children a new life, and they did everything in their power to help their children assimilate into one culture.

Nothing was handed to them. No free lunches, no welfare, no unemployment insurance, not even labour laws to protect them. All they had were the skills, craftsmanship, and desire they had brought with them to trade for a future of prosperity.

Most of their children came of age when World War II broke out. Canadians fought alongside men whose parents had come straight over from Germany, Italy, France, Japan, Czechoslovakia, Russia, Sweden, Poland, and so many other places.

None of these first generation Canadians ever gave any thought about what country their parents had come from. They were Canadians fighting Hitler, Mussolini and the Emperor of Japan. They were defending the Freedom as one people.

And the soldiers carried one flag that represented our country. Not one of those immigrant sons would have thought about picking up another country’s flag and waving it to represent who they use to be. It would have been a disgrace to their parents who had sacrificed so much just to be here.

These immigrants truly knew what it meant to be a Canadian. They stirred the melting pot into one red and white bowl.

Now, don’t you think it’s about time we stand up for our fore-fathers and their rights?

I was born and raised in this Country, and I’m proud of it! We are CANADIAN lest we forget… so, let’s put Christ back in our Christmas!

Want to Know Yourself Better?

1 thought on “Canadian and Proud of it!”