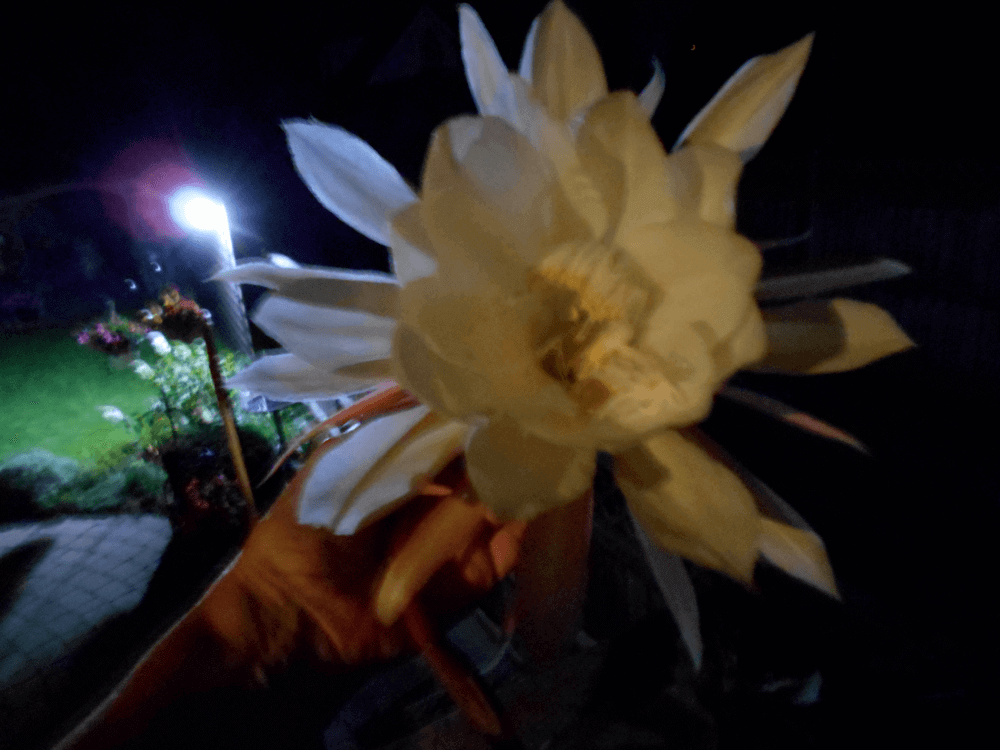 This has to be the most unique houseplant I have ever owned. Nearly 25 years ago, a fellow worker brought me a bloom from his houseplant into where we worked. We worked midnights back then, and his houseplant had bloomed for him previously, so he knew exactly what time the bloom would open. 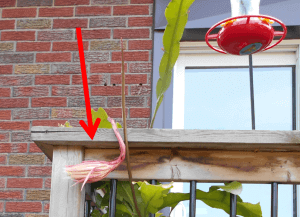 This rather large bud sat on my bench, waiting until just after midnight to open. What a magnificent performance this bud offered, watching it open. WOW, and what an amazing fragrance it gave off, lasting until the end. It’s tough to explain how delicate yet aromatically, beautifully it was scented.

Next night, this fellow worker brought me in a cutting from his Queen of the Night houseplant, explaining to me that this type of plant originally came from the South American rainforest, and that it grows in the crotch of trees where debris has accumulated and started to rot. He suggested I use similar soil to at least start my plant from… which is what I did. Later, I added potting soil to the mix. 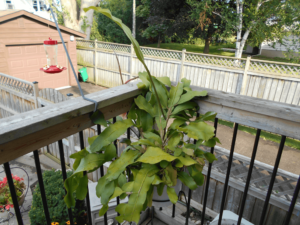 for the past seven years now, I have sent my Queen of the Night outside to stay on my backyard deck, to soak up our summer temperatures in hope of getting it to bloom. Well, this spring (late May, once the threat of frost was no longer an issue), while setting my plant out on my deck, I decided that if it didn’t bloom this year, perhaps I should dispose of it. After all, it really is NOT a very attractive looking houseplant… not really. And, given its unique watering (seldom) it’s not like I could get another plant to share the pot to “spruce” it up a bit.

Anyway, early this August, I noticed a new growth that I was sure was going to be a blossom. After a few days of watching this new growth slowly grow larger, I KNEW it was to be my very first bloom. YIPE! 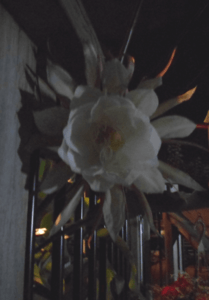 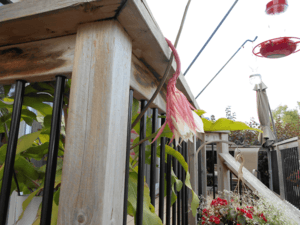 Here is a video of someone else’s Queen of the Night blooming, several blooms at once:

UPDATE September 27, 2015 The 2nd and 3rd blossoms opened this evening! 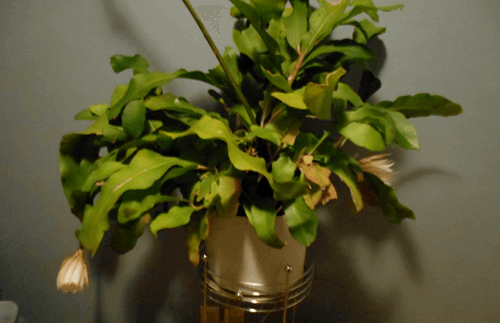 See my video below

2 thoughts on “Queen of the Night Houseplant”