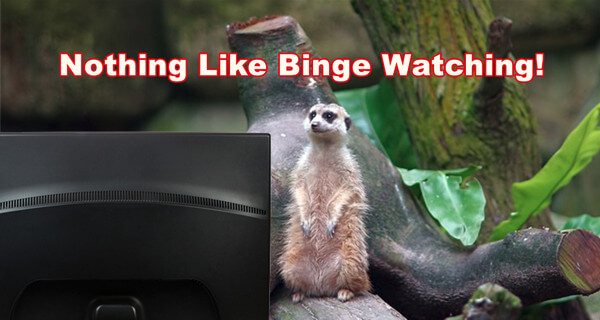 Due to my working online daily, (in hope of learning more ways to be able to help local businesses survive this economical disaster), I’ve had the good fortune to have others recommending great distractions for me (when there was time to binge watch that is).

And, I must say that I have accumulated quite a good list of best TV series and movies so far this year.

Many times, throughout the two years of this pandemic, I’ve been asked by different family members and friends as to what TV series and movies that I’ve found to be the best ones to watch.

That’s why I decided to share my favourites, of what I deem as the best TV series and movies that have been either updated or released lately.

Without further ado… I’ll start with the most recently released, and a favourite movie.

This movie is found on Netflix and is THE much-needed movie for me.

Heck, I even thanked Ryan Reynolds on Twitter for this light and lively sci-fi movie.

So many critics tried to ruin this movie by accusing the producer for having copied the special effects from one movie or another, and I fail to agree with them. This movie was AWESOME!

If you enjoyed watching Flight of the Navigator (1986) then you too will LOVE The Adam Project (2022).

This TV series, you can find is available on Amazon Prime (my affiliate link), and it is action packed, so there’s no worry of you snoozing through any of the scenes, I’m sure.

Alan Ritchson plays the part of Jack Reacher and he is REALLY convincing in this role where he is accuses of a murder that he didn’t commit, within minutes of his arriving in Margrave, Georgia.

It was all down hill from there for Jack Reacher, though quit an interesting ending proving his innocence, by the end of episode 8.

Don’t want to say much more about Reacher (2022 – ) or I might spoil a great action filled TV series for you. So, check it out and then let me know what your thoughts are about this one, okay?

This TV series, Merlin (2008 – 2012) enchanted me right through to the very last episode. Only made me wish that the story was never ending.

The BBC are specialist when it comes to series in that they use normal actors for their chosen roles. You know, those who have not got perfect teeth, as people from the era that Merlin was depicting did not have access to the same dental procedures we have today.

Using what I labeled as normal actors, made this TV series seem even more real, making it easy for me to step right into the story.

If you enjoy fantasy stories like Merlin then I’m certain that you’ll enjoy the BBC’s version. It’s the BEST version yet!

For those of you who are not already familiar with this TV series, I need to let you know that this is not a series for family viewing, due to many of the rather steamy love scenes between Claire and Jamie.

The Outlander series fed my love of history AND of sci-fi when Claire Randall (played by Caitriona Balfe) finds that she has fallen through time into the past while she and her husband were on their honeymoon in Scotland. They normally resided in the United States.

Having been put on pause after season 5, Outlander (2014 – ) only recently released season 6, and I am so thankful for that, as I have missed Claire and Jamie Fraser’s (played by Sam Heughan) story after they found themselves in the United States.

Let me know if you feel the same about the theme song, won’t you?

Though “the old people” and “the new people” are today’s “old money” verses “new money” snobbery that the rich enjoy gossiping about each other with such labels (just goes to prove how petty us humans can be whether rich or not!), this TV series that airs on HBO is enjoyable for those who love historical genre series as much as I do.

The Curse of Oak Island

I have to be honest here that I have been watching this document series nearly from the start of The Curse of Oak Island (2014 – ) being aired, and I have to admit that I am hooked!

The two brothers Rick and Marty Lagina are on a treasure hunt for a treasure that even I was made aware of at a very young age.

Hah, I still my 33 RPM vinyl record about the story of Treasure Island that I convinced my mom to allow me to send in for, along with the necessary box tops from cereal boxes and some of my allowance money to purchase.

And, yes I do remember that story that Rick talks about that appeared in Readers Digest in 1965. That story even captivated my father’s attention, which is how I came to be made aware of it.

Secrets of the Six Wives

Historian Lucy Worsley intrigued me with the research she did on King Henry the 8th and his six wives.

Having the same surname as his last and only surviving wife, I have always been captivated by the story of this king, even though I felt he was a very mean person.

Being an avid genealogist myself, I truly appreciated that Lucy did her homework by researching and then presenting us with this 3 -part series in a fashion that made the people in this story to be more real than any movie or series that I have ever seen in the past.

For those who are interested in this mini-series, you can watch the Secrets of the Six Wives online from PBS’s own website!

Having only recently learned of a new TV series titled The Lost Symbol (2021), (yes, this genre intrigues me too!) I will be starting to watch this one next!

With Ron Howard as Executive Producer of this movie, I am VERY hopeful!

UPDATE 18 Mar 2022: Have now watched 6 of 10 episodes that are now available and am enjoying this series, so it is definitely now among my favs!

UPDATE 01 Apr 2022: All 10 episodes have now been watched, and am VERY impressed, and watching to see when Season 2 will start.

UPDATE 21 May 2022: Bringing you bad news folks. Dan Brown’s The Lost Symbol by Peacock, has apparently been cancelled. This is disappointing, to say the least.

How the Earth Was Made

The History Channel offers this documentary series of informative scientific findings that should calm many whose nerves are on edge about climate change being man-made.

Though, I’m sure the interference that we humans have done to our earthly environment has helped to desiccate and/or pollute many of earth’s natural resources, I realize now that we humans will NOT destroy this heavenly planet.

The earth will dispose of us LONG before we can do any permanent damage. Check out a few episodes for yourself and you’ll see what I mean.

The planet refuses to stay the same, and the hot magma will eventually remove all traces of human-abuse of earth’s present environment.

In my saying all of this, I do NOT mean that we should continue to add to our dump-sites like we do. As humans, we are SUPPOSED to be responsible in helping all plant AND animal life forms on planet earth. Yet, here we are, thinking of ourselves, first and foremost. Of THAT I do NOT approve.

If you think you have a TV series or a movie that is worth watching, I do hope you will leave the name of that movie or TV series in a comment below.

Feel free to add a link to the relevant IMDB.com web page of that movie or TV series so there will be no mistake as to which movie or series you are referring to.

Credit for Header: Image by Vinson Tan from Pixabay 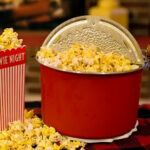 Til There Was You Movie Poem