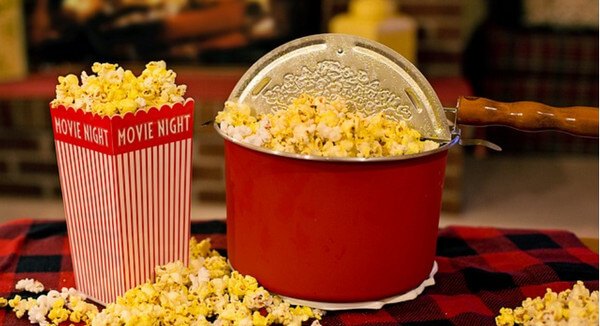 My all-time favourite genre is Sci-Fi, and by that, I mean really honest to goodness Sci-Fi, of which some lean toward fantasy (after all, Sci-Fi is technically fantasy), but NOT horror movies masked as a sci-fi, like Alien (1979) did/does.

What I prefer is to be left in awe, wondering “what if”… like The Egg does for me.

So, if you’re ready for this list of movies that I’m sharing with you here, pull up a chair and have some popcorn snack ready to nibble on, while I start off with the very first movie that I ever watched on a rented VHS player back in 1984. You know, when movies on VHS could only be rented for a local corner store.

NO other version of this movie has been able to capture the attention of those who watch it. If you are alone, watching this movie, you will soon find yourself spell-bound an NOT wanting to be interrupted. I’ve tested this on others… to see if it was just me or not. And folks, it is NOT just me.

If you LOVE real Sci-Fi, you will enjoy this movie.

The next one, I had the pleasure of watching this movie on the BIG SCREEN the first time, and was totally captivated by it…

Close Encounters of the Third Kind (1977)

Nope, never was a fan of Star Wars, so you won’t find that movie listed here. It was Close Encounters of the Third Kind that deserved the awards that Star Wars got. The only reason it did not was due to the usual politics in Hollywood.

From here on, the movies are NOT in any particular order. I simply listed them as I could remember them, by following the list of DVDs that I have purchased over the years.

And remember, these are what I consider to be as part of my favourite genre. I have other “favourite movies” that are not Sci-Fi.

Not sure why they call this movie a thriller… but it IS billed as a Sci-Fi first. I’d sooner see these types of movies called Sci-Fi Fantasy. Wouldn’t you?

This movie and the next one, fed the child in me. 🙂

Adventure, fantasy it is… all built with a Sci-Fi feeling… aaaaaah, my kinda’ movie.

Then there are movies that are more… well, fantasy romance… but still fit MY bill of Sci-Fi.

They call THIS movie romantic fantasy… and Sci-Fi really IS fantasy until it becomes a FACT. Given the fine line between fantasy and Sci-Fi, you’ll notice that a LOT of the movies listed here are both.

And… time travel IS Sci-Fi, right?

…and then there is…

This movie, billed as a thriller is far from being a thriller, especially in today’s world with those of use who believe in people who can accurately predict the future, or have what is called second-sight.

And the next few movies are referring to the here-after…

The Reincarnation of Peter Proud (1975)

For this, I will start with Lost in Space, Season 1 Episode 21 titled, The Magic Mirror, which apparently aired on 16 Feb 1966.

A Quick Summary: About 10 minutes into the episode, Penny and Judy stumble upon a mirror on the planet they’ve landed on. It’s not an ordinary mirror as it seems that there is someone on the other side of it. Before they know it, they are both transported to the mirror’s side of living which is occupied by a lonely, young man who is only wanting companionship.

The show is rather tacky, to say the least, but I enjoyed the idea of another world on the other side of mirrors.

Captain Picard lived an entire lifetime in 25 minutes. He was told “If you remember what we were and how we lived, then we have found life again. Now we live in you. Tell them of us.”

Okay, now that I’ve shared my list with you, what are your favourite Sci-Fi movies? And, please do NOT share horror movies that are masked as Sci-Fi. There is waaay too much horror in our world right now. We don’t need any more.

Credit for Header: Image by Jill Wellington from Pixabay

Til There Was You Movie Poem [VIDEO]