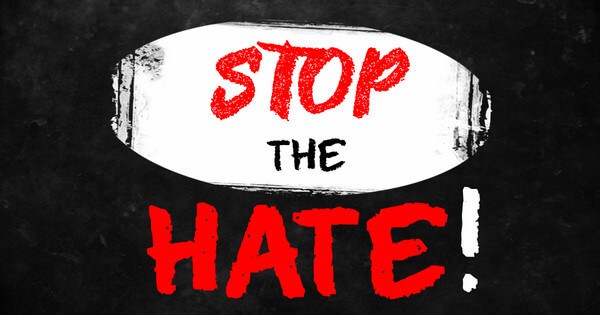 That’s right, when will we stop hating each other so much?

Back in the early 1800s, my paternal families were immigrating to what was then known as Upper and Lower Canada. And now are best know as the provinces of Ontario and Quebec.

Going back to records in those days, it was not unusual to see signs posted in restaurants and sometimes stores in and around Fort York now known as Toronto, Ontario, Canada, clearly stating No Irish Welcome or Irish and Irish Catholic Not Welcome.

Sorry folks, I could find no examples to share with you like those I witnessed online back when I was first conducting my family research online in the 1990s. I used to be able to find lots of examples of signs that used to be hung in shops in and around Toronto in the 1800s, but I see those images seem to have conveniently been either buried or removed.

Yes, and even notices in the local papers throughout the United States and Canada were making it quite clear that the Irish were totally unwelcome. Don’t take my word for this, Google search “Irish need not apply” and read through the many examples of newspaper ads that were published back then.

Plus, if an Irish person had the “nerve” to open a local store for his “own kind” to shop at, many times he’d find his business damaged by graffiti… or worse.

Moving forward in time, I remember being totally confused when I learned that many of those of us with Irish ancestors were being just as rude to other newly immigrating nationalities like Italians, Polish and Dutch.

Never mind the hatred lashed out on the new German immigrants.

Every nationality has become known for being experts in a given field that ALL of us humans have come to have gained an advantage of over the years, in one way or another.

So, why is it that we STILL don’t get it?

We NEED each other!

Am I the only one to have figured this out?

Please, don’t let THAT be true.

What is it with so many young Caucasians that have all had family members who’ve been made to suffer past prejudices from others that they are not coming together in defense to STOP the violence against those different from themselves?

Why is North America – yes, Canada included – becoming such a violent continent to be living on now?

Surely gun registration alone will NOT cure this issue. The many spoiled generations who’ve never truly known of their ancestor’s struggles NEED to be awoken. Don’t you think?

Bring family history studies into the schools now, before it is too late, and you will see these prejudices dwindle away over time, once the young learn about their own family’s past.

Not that many years ago, I hated being mistaken for being German, all because of those old black and white war movies that used to be on TV at noon. I was “parked” in front of the TV set to entertain me when very sick as a kid back in the 60s.

That’s how I learned to hate a nationality. Pathetic… but let me finish before you jump all over me for saying this.

It wasn’t many years later that a customer at a restaurant I worked at as a waitress in Oshawa, asked me if I was either German or Dutch. At that time, I was all of 19 years of age and totally insulted, to say the least, and I remember adamantly stating that I am Irish.

Well, I had only ever known of my paternal families, and my paternal lineage was Irish/English. Heck, I was even born on St. Patrick’s Day. How Irish is that for a kid, right?!

During a visit to my parent’s home, I complained to my mother that this lady had the audacity to ask me if I was German or Dutch. Needless to say, my mother giggled and explained that my maternal grandfather was German.

I was mortified… yeah, but remember now, how those old black and white movies had trained me to believe that Germans were evil killers.

It turned out that those old movies were made by Hollywood to make Americans WANT to join in on the second World War by making those who watched those movies learn to HATE… but how was I as a kid supposed to know that.

That was a LEARNED prejudice.

It took me a LONG time to come to terms with having German blood running through my veins. But you want to know something?

That knowledge was the BEST medicine that could have EVER been doled out to me, as this prejudice FINALLY came to an end.

Heck, a few years later I even went so far as to research my maternal family. And, it turned out that a maternal cousin from my mother’s generation came to the same reckoning I did around the same time, so we paired up on our search.

We were determined to seek out if there was a Nazi among our ancestry. Because if there had of been one, our plan was to put their mugshot on dart boards and give those dart boards to our relatives to use.

Thankfully, our researching went back as far as 1822, here in Ontario, where our ancestor was catalogued as being 20 years of age and born in Canada.

Pheew, needless to say, our researching that branch ended at that point in time. Heck, our German ancestors were here in North America longer than my Irish/English ancestors were.

Now… do you see my reason for saying that family history SHOULD be brought into the schooling curriculum?

PLUS, doing that would make so many other subjects like history, geography… and yes, even economics so much more intriguing to learn.

Students would actually look forward to their studies and retain longer what they learn because schools would be putting the “ME” into learning those subjects instead of teaching children to repeat needless points in history.

And, maybe then children would get to actually LEARN valuable lessons in how NOT to continually REPEAT the history of mankind.

Huh! I remember having to learn that in 1492, Christopher Columbus sailed the blue and that he discovered America. His ships were the Nina, the Pinta and the Santa Maria.

Historians are now contemplating RE-WRITING history to be more truthful, as researching since is proving that Christopher Columbus MIGHT NOT have been the one to have first discover America.

Daaaaah, when properly researching our families, we HAVE to PROVE our connections with documentation.

As an adult, I do understand that assumptions have to be made in order to know WHERE to start a search.

Once again, bringing family history into our schools would make learning history a LOT more fun knowing that some of what they are learning MAY have to be updated once further researching has been conducted.

Okay… now this brings me to another aspect of prejudice.

Back in early 2000s, I met a very intelligent young lady in our engineering department who I believe may have immigrated from Bosnia. She was adamant that all females from my generation… those of us who came into the workforce in the 1970s, were all lazy females.

Because that is what she was told by a Canadian appointed to convince educated females into coming to Canada. This lady was a fully trained engineer, and yet she sincerely believed that Canadian born females only ever wanted to get married and have babies, and that we turned our backs on education.

Needless to say, I was horrified to hear her spout off to me what that Canadian male had her convinced of as truth.

Yet, back when I was young, if I wanted to be or do anything known as a “man’s job or career” I would be constantly humiliated into quitting… or wanting to quit. I was called all sorts of names like “F@#*ing Woman’s Liber” and more.

YES, I experienced that behaviour in the workplace during the ‘70s.

One dear friend of mine who is a LOT stronger emotionally than I ever was, she was constantly intimidated while TRYING to become an engineer while attending a university in Toronto.

She found herself eventually forced to quit, due to the constant berating that she was made to suffer during classes for having been the only female who had the “audacity” to sign up for that career. And yes, that was in the early 1970s.

Bets THAT STILL goes on today, though to a lesser degree.

That same female friend who was forced to quit training for engineering DID become a trained professional… in a medical field that had finally “allowed” females. And today, she stands out as one of THE best in her field of training.

As for me, well, I decided to work and so I started my career as a part-time worker who within only a few months requested and was accepted as a full-time employee.

I worked for the same local company, from what we used to call “chasing the line” in building cars, to trimming parts in preparation for their assembly elsewhere, and on up to assistant administrator and later executive administrator in the engineering department, before my career was abruptly ended.

And, during the early part of THAT “career” females who had the “audacity” to have children were promptly “encouraged” to LEAVE the workforce… though there were a few who refused to budge. Good for them!

Why do we constantly pick at each other’s differences though they are a crime instead of the treasures those differences truly are?

Personally, I have always found it easier to learn from those who are as different from me as day is to night. Those who are similar to or the same as me are nowhere nearly as interesting to be around, much less learn from.

Prejudice is ALL around us folks. It’s time to STOP allowing others to pull our strings and stand up for each other.

Let us STOP this nonsense and the violence, and instead WORK together to make this a better world… please?

Want to Know Yourself Better?

What is an Attitude of Gratitude and What Makes me Grateful

Canadian and Proud of it!