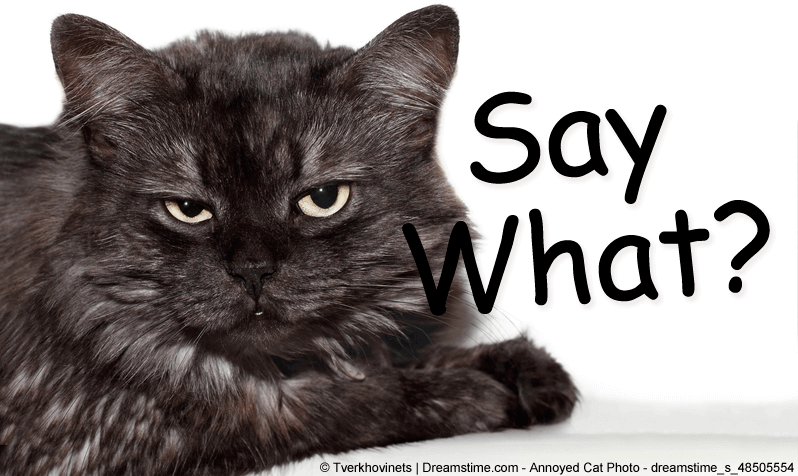 The following short story is meant to entertain and show you how annoying commonly used expressions (clichés) can be. As you’ll notice, I have highlighted some of today’s well-known jargon.

As I was walking through the park across the road with my dog Chloe, my good friend Wayne appeared with his dog Dusty. Clearly, he did not feel the cold, winter air this day as he was wearing a sweater instead of a coat.

When I asked him if he was cold, he simply responded with, “It is what it is“, as he bent down to pick up someone else’s dog droppings. Wayne is a good neighbour and a responsible dog owner.

Then I responded with, “Well done, Wayne!”

As we walked our dogs along the pathway in the park, I said, “That project you asked me to look into doing for you is doable … if you’re still interested.”

All Wayne had to say was, “Whatever.” It’s my guess that something had dampened his normally positive mood.

My comeback was simply, “All things being equal, the sun will shine again soon, Wayne.”

“To be honest Wayne, I do want to know,” was my response, “I totally get it.”

Used in excess and out of proper context, any cliché can become especially annoying.

Back in the early ’80s, I found myself constantly using “Okie dokie” instead of simply saying “Okay”. It was then that a friend commented on how many times he’d heard others using the very same expression, and he claimed it was annoying to hear.

From then on, I started paying attention … and you know what?

He was right … it IS annoying to hear.

From then on, I have made it my objective NOT to repeat commonly used expressions. When anyone brings my use of an idiom to my attention … or I catch myself, I find it easier to stop once I know where I heard the expression; though, I’m not sure why that works for me.

I wonder what makes us humans deviate from using proper grammar like this.