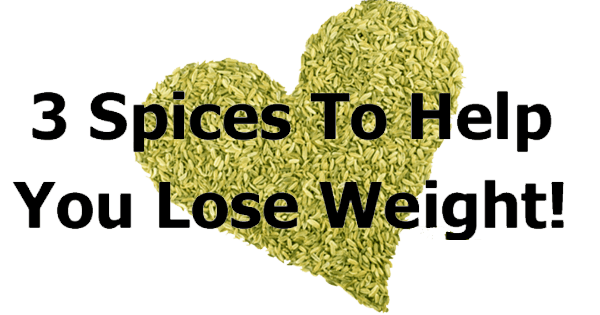 During Christmas holidays of 2012, I had the opportunity to watch a couple of Dr. Oz shows of which I learned quite a bit.

Three spices that Dr. Oz claimed help us to lose weight are; fennel seed, cumin and cinnamon. I decided to do some researching of two of the three as I had already discovered the value of cinnamon for weight loss. On the 23 of June 2012, I created a post titled: Can You Really Lose 10 Pounds in a Week With the Cinnamon Diet? …so, will not need to detail cinnamon again, here.

Fennel seeds, I have learned, are healthy for us for more than just weight loss.  They’re considered high in antioxidants (reduce risk of cancer), effective at reducing inflammation such as arthritis and some bowel disorders (though more studies need to be done to confirm this claim), high in fiber, a digestive aid by preventing bloating, bad-breath busters, high in calcium, high in iron… and there have even been reports that chewing fennel seeds can help reduce breathing problems as well as keeping sinuses clear (though more studies need to be conducted to verify this claim).

According to Diet and Nutrition by Rudolph Ballentine (link opens in a new tab), improved digestion helps your body to digest more nutrients from the foods you eat. As your body absorbs the nutrients better, you will feel fuller after eating and will experience fewer food cravings. However, I could find no clinical evidence to support the claim that fennel truly helps digestion and/or weight loss.

I have started at following Dr. Oz’s suggestion of 1 teaspoon of fennel seeds after EACH meal.  Figure it can’t hurt to try, being as fennel seed is all natural!

WARNING: Like cinnamon, I have read that fennel seeds if consumed in too large a dosage can cause harm as they MAY be toxic . Please read the following: government issued warning and talk to your doctor before consuming fennel seed.

It has been said that cumin is a rich source of iron, a digestive aid, boosts the immune system, triggers detoxification enzymes, increases the heat of our body, contains antioxidant properties, reduces blood glucose, reduces cholesterol, and also claiming to be highly beneficial to those suffering with asthma and/or arthritis, and those with kidney diseases.

Cumin is said to be major fat burner, especially in the abdominal area.  With our metabolic rate increased, weight loss will be experienced!  Yeah, belly fat going bye-bye forever!

Have yet to start taking cumin as Dr. Oz suggested… that being; 1 teaspoon cumin 2 to 3 times per week.

Don’t get me wrong here, I do NOT always take Dr. Oz’s suggestions as gospel… no siree I don’t! 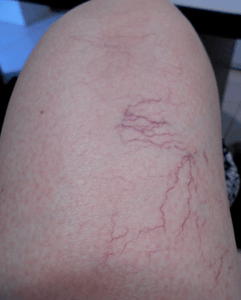 He offered up some details regarding the treatment using injections but failed to bring anyone on camera that have had several of these types of treatments for vanity reasons. Not to worry, I already contacted him through his website suggesting that he update that to suggest viewers NOT try removing spider veins for vanity reasons as they will only move the location. Example: Remove spider veins from your thighs, watch them appear soon afterwards on you calves. As that is what happened to me. However, injection for nasty veins causing problems is BEST served by injections… I agree! I have done this too, but would NEVER suggest removing spider veins simply for vanity reasons. Now my calves are covered where there were few (if any) spider veins before :-(.

Do the research for yourself next time ANYONE suggests a new idea. That way you’ll have more input to make a more intelligent decision for yourself.

Will be back to update this post when required.

Can You Really Lose 10 Pounds in a Week With the Cinnamon Diet?

14 thoughts on “3 Spices Claim to Help You Lose Weight”