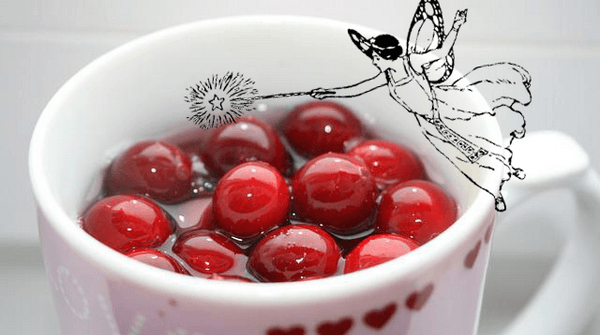 During a recent telephone discussion with a close friend, I learned that he had done a Google searched om whether cranberries resolve bladder infections, and apparently, he discovered that it is a myth.

“Really?”, was my response.

And, being as I was already sitting in front of my computer when he called, I immediately Google searched and found what he was talking about.

So, I promised my friend that I would investigate this a lot further, explaining that I have ALWAYS found that cranberries resolved MY bladder infections… or, so I thought they were bladder infections. I mean, there were traces of blood in my urine AND, I was constantly feeling though I had to go.

I’m not a doctor, so an assumption is all I can actually state here.

For me, those were tell tale signs of a bladder infection. However, what I discovered when digging into this topic a bit further, is that these symptoms can also be a sign of a UTI …better known as urinary tract, infections.

The reason I am mentioning this is that during my investigation into the initial Google search result (shown above), I discovered the following:

A UTI is defined as an infection in one or more places in the urinary tract – the ureters, kidneys, urethra, and/or bladder. A bladder infection is a UTI that’s only located in the bladder.

Some years ago, on a Thursday, I called my GP’s (General Practitioner) office. When I awoke that morning and for a couple of hours after, I had a constant urge to pee, so I was pretty certain that I was suffering with another bladder infection.

I called in hope of getting to see the doctor that day, but the receptionist informed me that there was no opening until Monday.

Well, obviously I couldn’t be expected to let this infection get worse by waiting until Monday.

So, I informed the receptionist that I would go to the grocery store and find cranberry juice, as I had heard from others in the past, that cranberry juice resolves bladder infections.

When I attended the local Superstore, I noticed how difficult it was to actually find REAL cranberry juice. There are lots of cranberry “juice blend” or cranberry “cocktail”, but few real juice.

And, if you’re lucky, those other beverages MIGHT have maybe 1% real cranberry juice in them.

However, I was able to find ONE bottle that was clearly labeled Cranberry Juice, and so I purchased it. That Thursday afternoon, this became my preferred beverage until the entire, just under 2 liters, was emptied.

By Friday, I was feeling a LOT better. No more urges. But I kept drinking the juice in hope of keeping that infection gone!

After that episode, I never could find actual, real cranberry juice offered anywhere in grocery stores. So, I started hunting for good quality dried cranberries.

The first bag of them… No Name, of course… well, the cranberries were laced with soooo much sugar that I couldn’t eat them. Tried rinsing them, but that didn’t work either.

It wasn’t until I came across Joe’s Tasty Travels Dried Cranberries that are sold at Walmart that my hunting came to a halt, as their dried cranberries are actually really tasty. 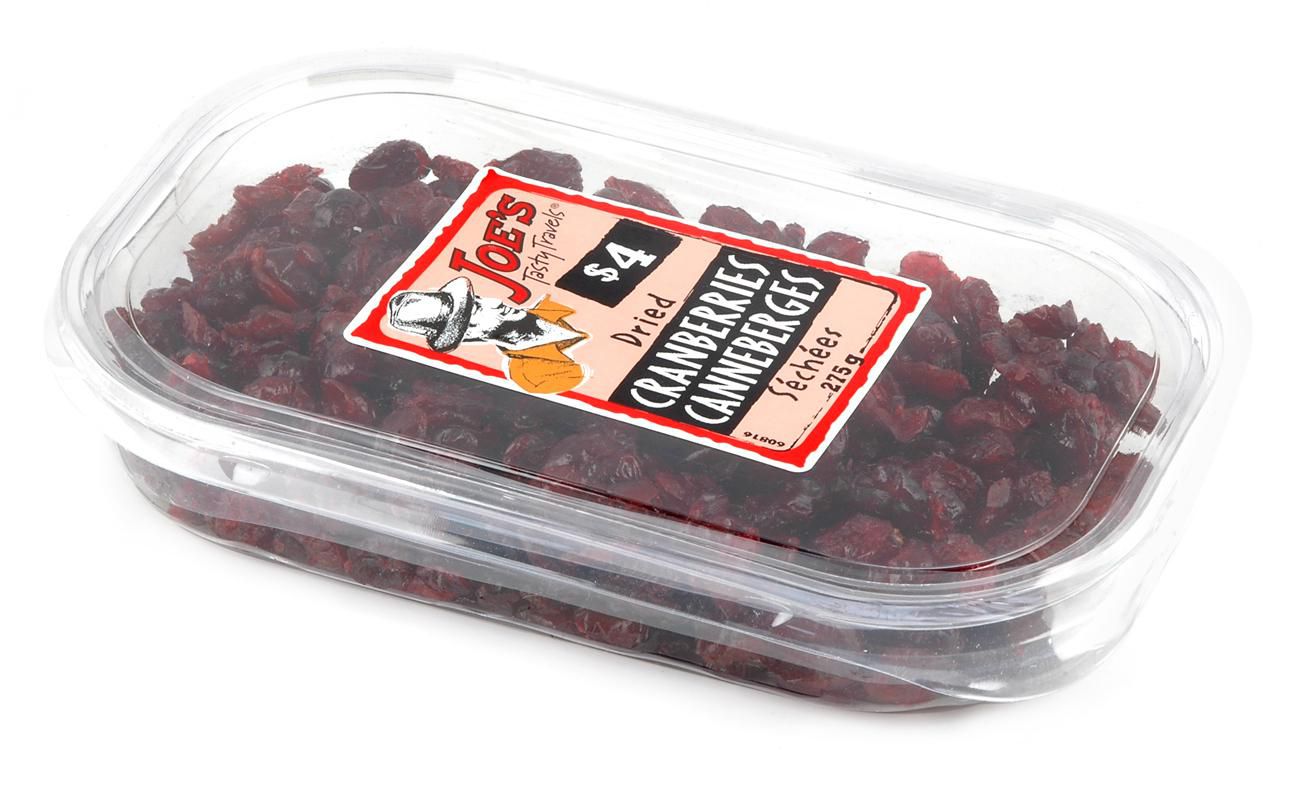 Apparently, John Vincent is the supplier of these… and, I noticed Walmart’s online notice of: “We’re sorry! This product is not available.” Now, I wonder if John Vincent was able to survive the lockdowns (UPDATE: pheeew, they survived!).

Now I use these unsweetened cranberries whenever I feel that urge to pee pestering me throughout my day. Even my dog has had these cranberries when she had a urinary infection, and she enjoys them.

Yes, feeding cranberries to your dog is safe. [but then, later in the same article, clearly states: Cranberries are very acidic, so you should offer them in moderate amounts. Too many can cause an upset stomach, vomiting or diarrhea.]

Cranberries contain proanthocyanidins, which are compounds that may help prevent bacteria from adhering to the bladder wall and setting up an infection.

Source:
Published on thesprucepets.com on 11 May 2022 – author Jennifer Lesser – reviewed by Bartley Harrison

Okay… so now, here’s what I learned since my telephone conversation with my friend who informed me that he learned from Google searching, that cranberries don’t really help bladder infections.

It turns out cranberry juice isn’t really as effective as many people think.

Some studies have found that drinking cranberry juice or taking cranberry pills can prevent UTIs, especially in women who are at risk for these infections.

Okay, so it definitely pays to investigate a topic a bit deeper than simply asking Google a question, and then assuming the first and only result is the true and only answer.

The penmedicine.com post claiming that “It turns out cranberry juice isn’t nearly as effective as many people think.” Was published back on 09 July 2018.

Why Google has kept it as a Featured Snippet is beyond me. Yet, I’ve noticed that Google offers their post in response to several different questions regarding using cranberries to resolve bladder infections.

Time to wake up Google!

Though studies have been conducted back in 2012, on drinking cranberry juice daily to prevent UTIs, I only eat them to resolve UTI infections, and no more than that.

While yet another study from 2013, states that “To date, several studies and 2 meta-analyses indicate a benefit of cranberry intake in lowering the recurrence of UTIs.” And apparently, there are OTHER health benefits to consuming cranberries that this study mentions too.

Oh yes, before I forget…

According to research findings, if you’re using cranberry juice to help prevent a UTI from coming back, a dose of 8 – 10 ounces (240 – 300 ML) per day may be most effective.

Once my researching results here are published online, I will be contacting my friend to let him know EXACTLY what I discovered, and to remind him to research deeper than simply asking Google one question, and expecting that any Featured Snippet provides the gospel truth that counts, because THAT is NOT necessarily true.

This is why it is ALWAYS wise to actually RESEARCH a topic BEFORE making statements… for or against something.

I do hope you’ve gained a better understanding and are now armed with facts to defend YOUR use of cranberries for improving your health, should that need arise.

Should you have any question as to whether cranberries really help to resolve bladder infections or not, please do leave them in a comment below, so that you can discuss this further. 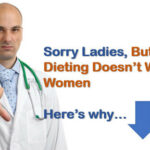 Anti-Aging Creams That Work – Think These Might Surprise You