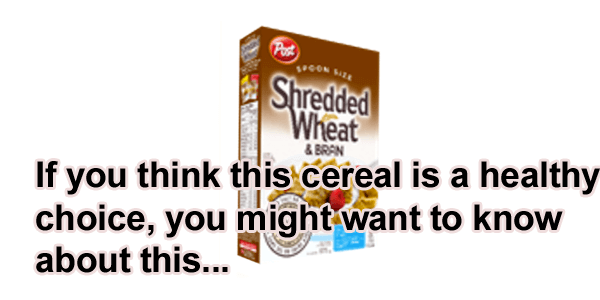 …because I can no longer tolerate eating Post’s Spoon-Sized Shredded Wheat anymore (my detailed story on this issue is posted here: https://trishparr.com/two-ingredient-gluten-free-pancakes/#GMO-Sensitivity) I now have this opened box of cereal sitting in my cupboard waiting to be disposed of.

One morning, while getting breakfast ready for my two, four-legged “kids”, while at the kitchen sink, a squirrel in the tree just outside my window, caught my attention. It’s the same squirrel I have been feeding peanuts to, and she looked sooooo hungry sitting there sooo cute-like.

Having gone through all the peanuts, I remembered the partial box of cereal still in my cupboard, so, I figured, why not! I took a large handful of cereal and placed it out on the railing of my backyard deck for easy access for the squirrel. She was off and running to what I had put out in no time… and I was happy I could help her out again. 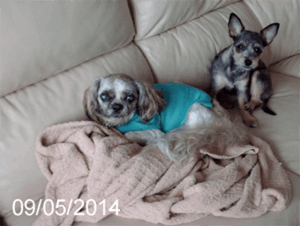 Later that morning, my little Chloe (the cutie on the right of the photo to the left) started barking while looking out the patio door to the backyard deck. I thought she might have been barking at the squirrel and I wanted to correct her behaviour (I do NOT condone my four-legged “kids” chasing ANY wild animals) so went directly to the room she was in… and that’s when I noticed two beeeeautiful Blue Jays that were flying and landing in my backyard. Seems they’d been on the railing too, checking out the cereal I left for the squirrel… BUT …not ONE piece of Spoon-Sized Shredded Wheat had been eaten. YIKES!!!! What does that tell me? 😐

Then, after posting this story Your Food Is Poisoning You on Facebook, a “friend” let me know that Monsanto uses Roundup.

OMG! When I did a Google search of “Monsanto uses roundup?” I got ALL sorts of evidence that she was RIGHT! Here’s some of THE best detailed stories I found in this search:
Dr. Andres Carrasco, 67, neuroscientist fought Monsanto over Roundup
GMO and Monsanto Roundup: Glyphosate Weedkiller in our Food and Water?
Monsanto’s Roundup Herbicide May Be Most Important Factor in Development of Autism and Other Chronic Disease
Monsanto’s Roundup Is the Most Used Herbicide in NYC

Is it any WONDER I had severe case of diarrhea (and gas too, but I failed to mention that previously <blush, blush>) after eating this cereal? WOW! And, I Thank God (literally!) for social media and TV (Dr. Oz!) or I might have wasted my doctor’s precious time trying to resolve something as basic as this.

Should I EVER decide to return to eating ANY breakfast cereal in the future, I shall offer it to the squirrel first. If she eats it, 🙂 then I’ll KNOW it’s safe to eat! 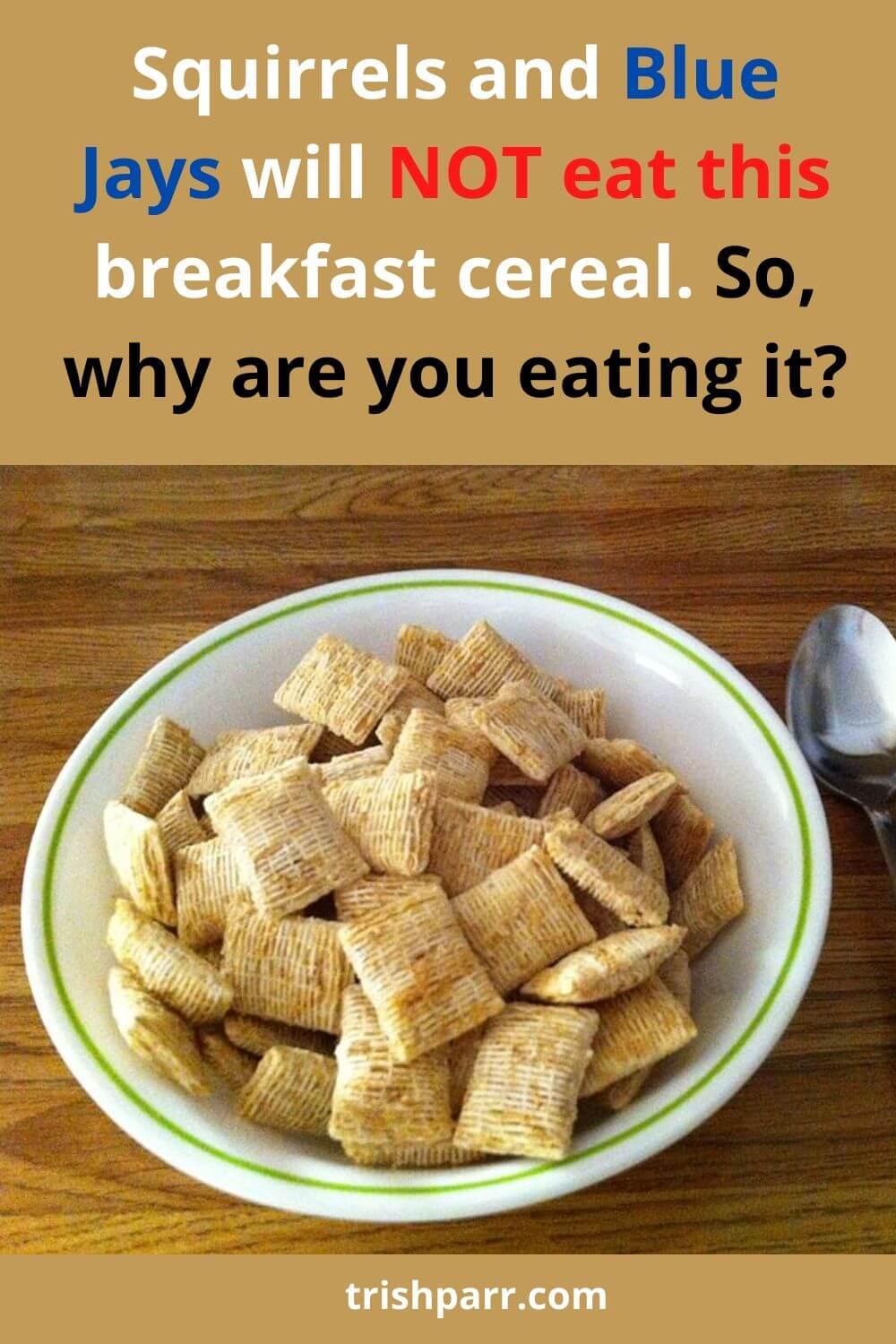 2 thoughts on “Squirrels and Blue Jays do NOT Like Spoon-Sized Shredded Wheat!”