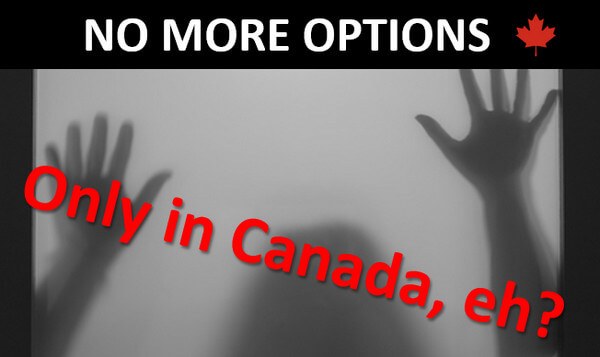 With health care being overburdened right now given the pandemic that we are still experiencing here in Canada; our health minister continues to refuse to remove the suspension of stem cell injections for the purposes of relieving arthritis in joints.

Back in 2017, I was diagnosed as needing a total hip replacement by two different joint specialists. One in Oshawa and the second in Sunnybrook, Toronto.

For those who don’t know me, I am a complete wuss when it comes to needles, never mind major surgery. After viewing an animated version of what the body is put through for a total hip replacement, I have to admit, I freaked.

No way could I EVER, EVER go through such torture.

That’s when a friend of mine told me about a documentary that he and his wife had watched about stem cell injections that were helping patients to NOT have to undergo major surgery.

Needless to say, I jumped at that idea and my medically trained brother (who holds a medical PhD) and I started searching the internet on that topic.

Ed searched from his side of the border (the USA) and I searched from my side (Ontario, Canada). Once I located the perfect doctor to hopefully perform stem cell injections on my left hip, I arranged an appointment with him.

Suffice it to say, those injections worked their wonders!

After the stronger pains were solved by the stem cell injections, I was recommended to seek out a local doctor that became known for PRP injections.

But it turned out that this doctor was no longer handling the injections himself as he had turned his attention to treatments for Lyme Disease, and so he handed over the PRP injections to a once well-known chiropractor.

To make a long story a bit shorter here, it turned out that chiropractor retired (I do believe sometime in 2020) without informing me of this, and well… under his supervision, the PRP injections that were preformed the second time, this time on my lower back, did not work as well as the first set of injections that were preformed on my SI joints, due to the tiny bit of PRP being stretched between 8 different injections.

In November 2020, during a Zoom meeting with the chiropractor, I was assured that I definitely qualified to have the injections repeated the next year, in hope they could draw more blood and thus gain more PRP.

On April 13, 2021, after being told I had to pay for what I deemed as a total waste of time and money, the chiropractor refused to allow me to have the injections.

Don’t get me wrong, I could have understood that decision had it been stated that I would no longer be under his care, but he made sure that the clinic whose licensed doctor who actually preformed the injections refused me as a patient unless I came to them through this chiropractor.

Back earlier in April, a friend of mine who was very excited to share her good news with me, called to say thank YOU for having published my posts on my blog regarding PRP injections.

She informed me that instead of going the same route that I went through to get injections, she decided to seek out the advice from her Orthopedic Surgeon who offers PRP injections as one of his services. And… most importantly, the PRP injections that she received have now allowed her to go up and down her stairs comfortably for the first in years.

However, my friend also informed me that she was not made aware that the PRP injections need to be repeated yearly, and would have appreciated knowing that fact before making her decision.

And, YES… I was shocked to learn of this from her as I too was NEVER informed of this need even AFTER having received the injections last fall.

Any, when the chiropractor cut off my source of PRP injections, I called my friend back and filled her in as to what had happened, and to learn the name of her Orthopedic Surgeon. My friend informed me that he would insist on updated x-rays to help him make his recommendation.

Because my x-rays from 2017 were now four years out of date, I reached out to my general practitioner asking for a referral to my friend’s Orthopedic Surgeon, and explained his need of updated x-rays… which I did get.

Below is a view that the Orthopedic Surgeon’s assistant shared with me during a Zoom consultation, while explaining to me that the excessive pain I had been experiencing this year, they believe is mostly being caused by the fact that my left hip is rubbing bone on bone.

And, if you are not convinced at this, then check out the two images below of my left and right hip joints when viewed from the inside out.

The image of another x-ray (above) clearly shows my right hip with the cartilage is still mostly present.

While the image of a third x-ray (above) shows my left hip with the cartilage totally gone.

The Orthopedic Surgeon’s assistant went on to explain to me that hip replacements have changed since this option was discussed with me back in 2017.

Apparently, now hip replacements no longer require doctor’s to cut through muscle tissue at the side of the hip. But rather they work at the front of the hip by pulling the muscles apart during hip replacement and that now the healing time has been reduced from 6 months or more to 3 months.

To top that off, there are NO more restrictions either, as those who had hip replacements from the side of their hip are no longer allowed to do a whole list of things, like no more sleeping on your side, and whole lot more.

I wish I had of kept that list that I found online earlier when speaking with the assistant, because I would have been able to share it here with you here. That list of restrictions was another reason that I refused to have a hip replacement, as I would have been an invalid for life.

When I mentioned about an incident of a gentleman having finally been able to shower after his surgery (years ago now), slipped and fell in his tub and the pin part of the replacement tore through his leg bone causing him to go back in for more surgery to fix that.

However, the Orthopedic Surgeon’s assistant informed me that there are now NO restrictions whatsoever… and that the rate of hip dislocations have now been reduced substantially given the new procedure.

It was then that I realized that the fella probably had his hip dislocate while showering and he only THOUGHT he had slipped. Huh! And no one corrected his thinking that… WOW!

Needless to say, I still was NOT convinced at having a hip replacement because thankfully, I have a doctor who can simply use stem cell injections once again to stave off my need of a total hip replacement.

Boy, did I get a surprise when reaching out to my stem cell injection doctor who did my injections back in 2017.

It turns out the new federal government’s Health Canada minister has ceased all stem cell injections for arthritic purposes back sometime in 2019.

And yet, I could still get stem cell injections in the USA and Europe… and even the National Library of Medicine claims it works in their published work of: Intra-articular Mesenchymal Stem Cell Therapy for the Human Joint: A Systematic Review.

So, given the fact that COVID has temporarily ceased these types of operations due to the overburden hospitals across Canada, why has our minister of health not revisited this order and had it reversed so that patients could gain some semblance of comfort.

Instead, those of us suffering from arthritis are left to suffer. Really?

I immediately sat down and wrote a letter asking the minister of health for an explanation.

Included with this letter was a printed version that included the URL, to the review: Intra-articular Mesenchymal Stem Cell Therapy for the Human Joint: A Systematic Review.

To date, I have heard NOTHING from our health minister.

This frustrates me to think that my one letter means nothing to our present health minster.

Seems rather odd, the timing of this order being passed stopping all stem cell injections across Canada for human joints when all other more medically-trained countries in our world are still touting stem cell therapy as a treatment to delay the need of joint replacements.

So, now I am being FORCED to accept a total hip replacement. And get this folks…

When I asked if it would be okay to speak with a patient who has undergone the new technique for hip replacements, my request was refused.

Not only that but when I said that if I do ever go for the hip replacement, they can always use me as a reference, especially if the healing time is as short as the Orthopedic Surgeon’s assistant, I spoke with in the Zoom meeting claimed.

That too was a flat out NO, and he explained they cannot due to privacy that doctors are forced to abide by even WITH permission granted, even in writing.

What is happening to Canada?

Where has our freedom gone folks?

Is it any wonder that conspirators think they way they do nowadays?

During an interview on the Dr. Oz TV show with Christie Brinkley, I FINALLY got to hear a least ONE person’s experience with this new procedure, of which I am very grateful for.

The first 6 minutes is about her hip replacement, so don’t panic at seeing this video is seconds over 13 minutes long.

With my being the same age as Christie, she’s now removed my fear.

So, I’ve now asked my doctor to refer me back to the specialist at Sunnybrook, as she is a well-recognized surgeon who apparently also teaches this procedure. Pray for me please?

All I can say to those who want to get PRP injections, please… do find a qualified and licensed doctor (especially one who can provide you with more than one option that they won’t necessarily profit from) to determine if PRP injections can help you or not. They do work when done correctly.

How to Get Joint Pain Relief